You Never Know What Kids Will Say

In the checkout line at the grocery store the other day, the cashier started sharing a story with me. Apparently, she was having a hard day. You never know what kids will say.

There was a family going through her line. A mom with two young kids.

“Say “Hi,” to the old lady,” the older brother said to his younger sibling. He looked to be around five.

He was trying to get his younger sister to be polite and say “Hi,” to the cashier, and in the process, called the woman and “old lady.” 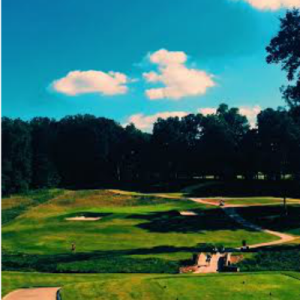 Let a negative thought pass by, just like a cloud. You never know what kids will say.

If that wasn’t enough, the baby sister responded by saying, “You look like a witch,” to the poor cashier who was just trying to do her job and help. I don’t think their mother was paying attention or aware of the interaction her kids were having with the cashier. She was emptying the cart and zoning out. I can’t say I haven’t done that before.

“The thing that bothers me the most,” the sweet cashier continued telling me as she scanned my groceries, “Is that the kids weren’t trying to be mean or ugly. They were being honest. They think I look old, and that I look like a witch.”

“You know kids,” I said, trying to soften the blow, “They don’t always know what they’re saying.”

“Yes,” she replied, “But kids are usually honest. And they honestly think I’m an old lady, who looks like a witch.”

I didn’t really know what to say at that point, and this sweet woman was completely bothered by her interaction with two little kids, who didn’t mean to do any harm. I can’t blame her. We would all probably feel a little bothered by it.

“I guess you just have to forget it,” I said, “And move on with your day.”

I could tell this would be hard for her. She was going to think about this conversation all day long. In fact, it had already ruined her day.

We’ve all experienced unkind words before. It’s just part of interacting with people. In these situations, we have two choices: we can dwell on what was said, or we can let it pass over us, forget it, and move on. If someone says something to you that bothers you, don’t allow yourself to continue thinking about it. Let it go. Move on with your day. Don’t get fixated on something someone else said to you. Because, guess what? Their opinion actually doesn’t matter. It’s what you think, that really matters. I’ll say it again: It’s what you think that matters.

Don’t give power to a negative comment. Simply shrug it off, let it go, and move on with your day.

I know it can be hard, but don’t let someone else steal your joy.