I Live In A Circus

Sometimes, I feel like I live in a circus. My life seems so ridiculously humorous, I think to myself, “Do other people live this way?”

I walked into the kitchen the other night, and Jon and Avi were dissecting acorns. Apparently, there’s some horrible looking, yucky living thing, that can crawl into the inside of an acorn. Avi needed to find some for science class. I had to see what all the yelling was about. I heard shrieks coming from the kitchen and couldn’t imagine what was going on.

It sounded like a crime scene was taking place.

“Why wouldn’t you just take them outside, and throw the acorns into the yard?” I asked him. 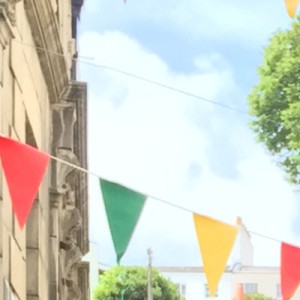 “But, we already have acorns in our yard,” I said. He didn’t understand my confusion but we didn’t have time to continue this discussion because in walked Zoe, wet hair and all, from swim practice.

She walked in, dumped her bags on the floor (all 4 of them), and went directly to the refrigerator.

“I’m starving,” she said, “I need food.” She proceeded to eat a huge salad, two pieces of cinnamon toast, a banana, and a cookie. By the way, this wasn’t her dinner. She’d already eaten dinner before she went to practice. When Avi asked for a bite of her banana, Zoe responded by licking the banana so she wouldn’t have to share a portion of it.

Of course, it was the last banana.

Since it was Thursday evening, we needed to talk about weekend plans. Specifically, what the kids had going on with their friends. Making plans with teenage children is challenging. What wouldn’t seem very complicated becomes ridiculously tedious.

Retrieving the information Zoe has inside of her head about her weekend plans, is like removing the insect from the acorn: painfully difficult and not very rewarding. I finally got a clear picture of her weekend plans, and figured out what time I needed to be where. It was all settled.

I remember when my kids were younger, and I would see other people with teenagers navigating their weekend plans around their children’s plans. The challenge is simple: as parents, we want to spend time with our kids, and kids want to spend as much time as possible with their friends.

Different agendas, that can easily cause conflict.

Fifteen minutes after we settled on the weekend plans, and everyone was on the same page, they changed.

At this point, I just wanted to bang my head on the table…

I might feel like I live in a circus, but to me, it’s the “Greatest Show On Earth.”