When You’re In A Bad Mood

“Mom’s in a bad mood,” my daughter Zoe announced at the dinner table. I wasn’t actually in a bad mood. I was just preoccupied, tired, and trying to get dinner on the table so we could eat. It had been a hectic day and I was exhausted.

“Yes, you are,” she continued.

This went on for a few minutes, until I became grumpy. Hearing about my nonexistent bad mood actually put me in a bad mood. I was fine until someone kept telling me I wasn’t. 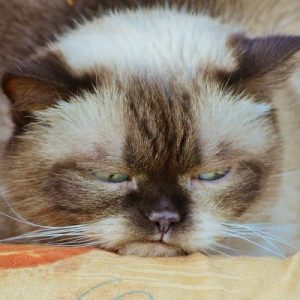 When you’re in a bad mood, you just want to be left alone!

Most people don’t like being misread. It isn’t any fun to be accused of something you aren’t. Plus, just because someone has a certain perception of you doesn’t necessarily mean it’s accurate.

Most of us don’t like being told what we are or aren’t, unless we’re being showered with positive words. And even then, it’s hard for some people to take a compliment. I recently experienced this with a friend, and we were close to bickering because she didn’t want to hear my compliment.

“You look amazing,” I said. But, she kept disagreeing with me. “I’m not going to argue with you,” I finally said, “All you have to do is say “Thank You.” We both ended up laughing, but truth be told, it was an exhausting conversation.

It’s hard for a lot of people to be the recipient of a compliment. It’s almost like they don’t believe the person is being honest or they feel they aren’t deserving of the nice words. Truth be told, I might have been a little defensive when my daughter said I seemed like I was in a bad mood. Was it because I was tired? Hungry? Maybe, I was trying really hard to stay in a good mood and she could tell?

Where does that leave us? If it’s hard to take criticism but also hard to take compliments, do we just tiptoe around one another, not really sharing how we truly feel? I don’t know about you, but I want real, honest, down to earth relationships.

If you have something you feel you need to share with another person, the most important thing to remember is that it’s all in the delivery. If it’s said in a nice, caring, respectful way, the recipient is more likely to open up and talk instead of getting defensive. The same holds true for compliments. Don’t be afraid to give deserving praise, but only give a compliment if you mean it. Words from the heart are best expressed from a place of love.

Like most things, when it comes to talking with other people, it’s all how you say it.

If you enjoyed this post, click on the link below to read another post about how I accidentally said the “F” word to my daughters whole class: https://crazyperfectlife.com/bad-words/