Are You Your Own Worst Enemy?

It’s amazing to me how many people are their own worst enemy.

How many people sabotage themselves or prevent themselves from being successful? I’m sure you know people like this, but are you one of these people? I hope not. Would you even recognize it if you were?

Life isn’t always going to go the way you want it to go. You can beat yourself up or cheer yourself on. You have to decide if you’re going to be your biggest supporter or greatest enemy. Are you going to focus on your imperfections or on your strengths?

Think of all the great ideas the world never got to see because people had this attitude.

The saying, “You’ll never know if you don’t try,” is one hundred percent accurate. If you don’t try something, there’s absolutely no way you can be successful at it. Which brings us to the fear of failure component being your worst enemy. If your fear of failure is greater than your desire to succeed, you will never give yourself the opportunity to succeed.

What’s the worst that could happen? You try something and it doesn’t work out. You give an idea your best shot and nothing goes the way you wanted it to go. Big deal! There’s usually no permanent damage done. Sure, your ego might take a hit and you might have to swallow a bit of humble pie, but so what? You’ll get over it. 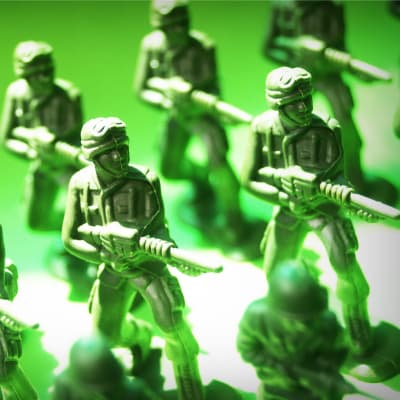 Don’t be your greatest enemy.

I’ve tried and failed at many things in my life.

The funny thing is, I tend to forget those things that didn’t work out. Sure, I might have felt disappointed and frustrated at the time, but I got over it. And, so will you. Time has a way of lessening a blow and helping us gain perspective.

What do you do? Follow your dreams and be willing to take some risks. Be courageous and brave. Go for it. Sure, not all of your attempts will result in the desired outcome. This happens to all of us, even when we give something our best effort.

You win just for trying.

I have a feeling you will taste the sweetness of success. I have a hunch things will work out well for you. Maybe not every time, but a lot of the time.

Don’t be your own worst enemy. Don’t shut yourself down before you even get the chance to start something. Instead of expecting to fail, expect to succeed.

Be your biggest supporter and best cheerleader. Be willing to take chances and to even let yourself fail. You can’t win if you don’t play. Of that I am certain.