Is it OK to tell a white lie?

Recently, when getting dressed, I asked my husband if I looked fat. I’m sure this is a question asked many times in a day by women all over the world to their husband or significant other. When I asked the question I was hoping my husband would be smart enough to say “No. You don’t look fat. You look great. You look beautiful.”

The thing is, I know I’m not fat. I also know I’ve gained a few pounds. More importantly, I look healthy and am healthy and that’s what really matters. It’s way more fun ditching a gluten free diet and ordering dessert every now and then. But, I was having an insecure moment. 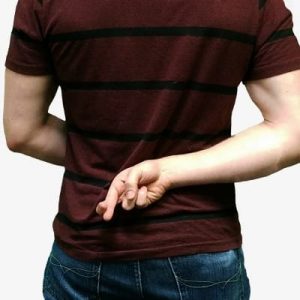 Is it OK to tell a white lie?

Sometimes, one could argue, telling a little white lie is justifiable if not necessary for mental stability and relationship bliss.

I want my husband to always be honest with me. But, here’s the truth: I fancy what he’s telling me to be what I desire to hear. Sadly, it doesn’t always work that way. Sometimes, I know I need to hear the truth even if it’s not what I want to hear.

I count on the people I love to be honest and open with me.

Wouldn’t you rather make decisions based on legitimacy and accuracy? On factual information? I would.

I have to admit, there are times I would rather hear a little white lie.

“I liked what you made for dinner tonight,” would be an example of a white lie I want to hear after I’ve spent hours in the kitchen cooking food for people who roll their eyes and act like they’re doing me a favor by eating what I’ve prepared. Just say you like it, even if you don’t. It would be better for all of us.

Some people tell white lies in hopes of encouraging a person instead of discouraging them. I’ve done it before and I’m sure you have as well. When my kids were taking violin lessons and they wanted to know how they sounded, of course I didn’t say, “You make me want to put earplugs in my ears and leave the house.” Instead, I told them they sounded good and that the more they practiced the better they would get. The white lie allowed me to encourage them instead of causing any permanent damage.

What do you do when a friend asks you a question that starts with the words “be honest?” This can be a tricky thing, especially if you know your friend isn’t going to like what you have to say. This might fall into the “it depends” category. Look at the person and your relationship and choose your words carefully.

I like honestly and I prefer when people tell me the truth. Most of the time. I admit, sometimes I can be sensitive and I’ve definitely had my feelings hurt before. I’m sure you have also. When this happens, I remind myself I was the one who started the conversation and asked for feedback in the first place. And, even though I might have heard something I didn’t like, I don’t think you can fault a person for telling you the truth.

By the way, I did fifty sit-ups after having that conversation with my husband.

If you enjoyed this post, check out another one: Teach Your Kids How To Handle Money