What Should You Do If You Have a Cheating Spouse?

Have you ever wondered what you should do if you suspect your spouse is cheating?

By Jon B. Kurtz, Board Certified Specialist in Family Law, Winston-Salem, North Carolina

I received a phone call one day from a potential client. He had to have an appointment that day. When I asked why, I was advised that he had just learned that his wife had been having an affair and that he had just stumbled upon evidence of her infidelity. He needed quick advice on what to do.

A couple of hours later, a devastated man walked into my office carrying a stack of photographs of his wife engaged in intimate acts with another person. How did he come upon this evidence? It was quite by accident. He was on the family computer and noticed a file that he had not seen before that had an innocuous name, such as “Tax Receipts”. His curiosity peaked, he clicked on it only to find digital photographs that had been passed back and forth between his wife and her boyfriend. 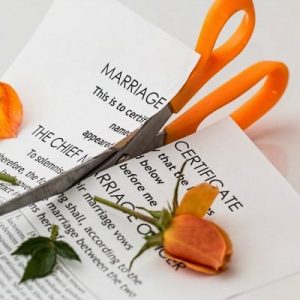 If you suspect your spouse is cheating, what should you do?

Until finding those pictures, this man had no clue as to his wife’s extramarital activities. He never saw the warning signs. Fortunately for him, he did learn about his spouse’s affair and he now had the proof to convince the court that she had been unfaithful.

This raises a couple of issues for this post.

First, what are some of the warning signs that a spouse may be having an affair, and secondly, what should you do if you think your spouse is cheating?

Some of the more common “tells” that your spouse might be cheating are:

There are many other signs that a spouse may be cheating, but these are some that I see most frequently.

In fact, probably the most common one that I see relates to passwords being placed on cell phones and circumstances where those phones don’t leave the presence of the other person.

Once you suspect that a third person may be involved with your spouse, it is a good idea to consult with an attorney because, for divorce purposes, it does matter when you can prove that an affair took place and that you can carry your burden of proof of an affair in court. A spouse’s inappropriate contact with a third party may affect two specific issues, among others, in North Carolina.

If a supporting spouse has an affair and a dependent spouse did not, North Carolina law provides for alimony to be paid to the dependent spouse and the affair can be used by the court to increase both the amount and duration of an award of alimony. The key, though, is that you must prove that the affair occurred prior to separation.

Conversely, if a dependent spouse has an affair prior to separation and the supporting spouse did not, this can be a bar to the dependent spouse’s claim to alimony, meaning that this person loses the right to receive spousal support.

The consequences of infidelity, therefore, can be quite consequential from a financial perspective for both spouses. If you are the spouse that could claim alimony, though, you would want to be sure that you can collect all of the evidence that your attorney will need in order to successfully present your case.

So, what tips can I give you if you suspect that you are married to a cheating spouse?

Yell into a pillow, bite your tongue and fight your instinct to confront him or her. Prematurely confronting your spouse will only prompt them to stop doing what they have been doing, to cover their tracks and to potentially destroy evidence. Since you have to prove that an affair occurred prior to separation, you should try and obtain as much evidence as possible before separation. To do so, you should speak with an experienced attorney to receive guidance on what you will need and how to legally obtain evidence that will assist you in proving what has happened. Your attorney will advise you when to let it be known that you have caught your spouse, but jumping the gun will usually not help your case.

Another area where infidelity matters in North Carolina relates to the actions of Criminal Conversation and of Alienation of Affection. Both are legal actions that an innocent spouse can bring against a third party who has cheated with your spouse. Criminal Conversation just means that a third party had sex with your spouse, and based upon that act, the third party can be held liable for damages as a consequence. Alienation of Affection does not require sex, but can accrue if the third party did something to help destroy the marriage or entice a spouse away from a marriage. Again, an attorney can advise you as to the specific elements of these actions, but this is the basic gist.

In the example that I began with, the husband who found pictures of his wife engaged in an affair made a good decision to seek immediate legal counsel before confronting his wife. He was able to secure all the evidence that he needed to prove his case. By doing so, his wife was barred from receiving alimony and he had the option of suing the other party involved. If he had jumped the gun and failed to collect the proof he needed, it is possible that he might have been on the hook for alimony, which in this situation, would have been unfair and unjust.

Jon B. Kurtz is a member of Tash & Kurtz, PLLC which is located in Winston-Salem, North Carolina. Jon is a Board Certified Specialist in Family Law and he has served as Chair of the North Carolina State Bar Board of Legal Specialization. He has also served as an adjunct professor at the Wake Forest University School of Law where he taught Family Law. Jon is listed in “The Best Lawyers in America” in the field of Family Law by Woodward/White and is also recognized by Super Lawyers in the field of Family Law. Jon’s firm has been recognized by U.S. News & World Report in its Best Law Firms publication. For more information on Jon, please visit www.tashkurtzlaw.com/jon-kurtz.html

* Disclaimer: Please note that the information contained in this post is provided as a public service for informational purposes only and is not intended to be a comprehensive statement of the law, or to contain specific legal advice on any particular matter or issue. Laws vary from state to state and are subject to change and the information provided here is limited to that which exists in North Carolina as of June 24, 2016. If you have any questions regarding any information presented in this posting, you should consult an attorney who can investigate your particular situation. Persons receiving information found in this post should not act upon this information without first receiving professional legal counsel. Use of and access to this publication does not create an attorney-client relationship between Jon Kurtz or Tash & Kurtz, PLLC and the user or reader. The opinions expressed on or though this post are the opinions of the individual author. All rights reserved.