I love when I’m talking to one of my teenage daughters and we’re having a great conversation.

It’s fun when they want to chat and share, and I don’t have to feel like I’m pulling teeth to get them to open up. Usually they’re happy to disclose whatever is going on in their lives. Sometimes though, they change their minds in the middle of a conversation and don’t tell me.

Take my recent conversation with my sixteen-year-old daughter.

We were in the car and chatting a way. Apparently, she decided she was tired of talking. However, since I didn’t get the memo, I kept asking her questions trying to engage her in a conversation. The nerve of me.

That’s when she said it.

It wasn’t nice. It wasn’t necessary. My feelings were hurt.

Mean words that tore at my heart.

“Mom,” my daughter Zoe said, “You’re acting really clingy. Stop. I think we should break up.”

Yep. She said those exact words. I guess I should be glad there weren’t any four letter words shared, but can you believe the nerve of this person.

“We should break up.” Who does she think I am? Do I look like a teenage boy? And to say I was “acting clingy.” Really? 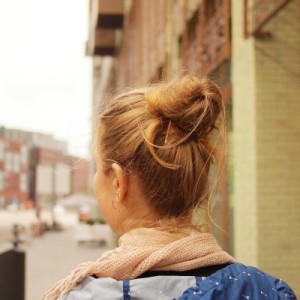 Teenagers are so much fun!

I waited a few moments before saying anything. I didn’t respond immediately. She knew she’d crossed a line, and looked at me with a smile on her face.

“You think?” I asked her, “Sorry for caring about you and being interested in what’s going on in your life. Poor you,” I said.

“Then just say that,” I said, “Instead of saying something mean.”

This has happened to me many times with each of my kids. We’re having a great conversation, talking about something they brought up, and then they decide they don’t want to talk anymore and get annoyed that I’m continuing the conversation. If it hasn’t happened to you yet, stay tuned. It will.

Teenagers: a confusing type of human that can suck the life out of anyone around them and then five minutes later be the sweetest and most amazing people on earth.

If you’ve raised teenagers, I know you’ve experienced what I described. If your kids are young, well, you just wait. The fun is coming. I don’t really care that I annoy my kids. In fact, most of the time I think it’s funny. Just because my daughter tells me I’m acting clingy doesn’t mean I’m going to stop being interested and asking questions.

It’s not my burden, it’s my privilege. Hearing I’m “annoying” from a teenager means I’m doing my job.

It’s important to respect your kids and give them space when they don’t want to talk anymore. As long as they’re sharing with and you know what’s going on in their lives, a bit of silence is perfectly fine.

Of course, they still have to be nice!

Join me live TODAY, APRIL 15, on Facebook at 12:15PM EST for an exciting announcement!