I’m the strict parent in my family and I’m perfectly fine with this.

I don’t mind being the mean parent, when necessary, even though sometimes my daughters think I might be enjoying it a little too much. It’s not like it’s fun to deal with upset teenagers who are grumpy because they can’t do what they want to do. In those moments, I find myself sounding like my parents, “You just wait,” I’ve heard myself say to them, “One day you will be the parent.”

When I was growing up, this was said many times to me.

If either of my daughters, ages 17 and 14, want to do something, possibly something a little sketchy, they don’t ask me. Instead, they ask my husband. He tends to be the “yes” parent. I tend to be the parent who asks a ton of questions. Questions my kids don’t always want to answer. If you ask your kids who their more lenient parent is, I promise you, most kids will know the answer to this question.

Kids are smart, especially teenagers. They will always be strategic when deciding which parent to go to with a question and they will do everything they can to get the desired response.

I don’t blame them. I was the same way. 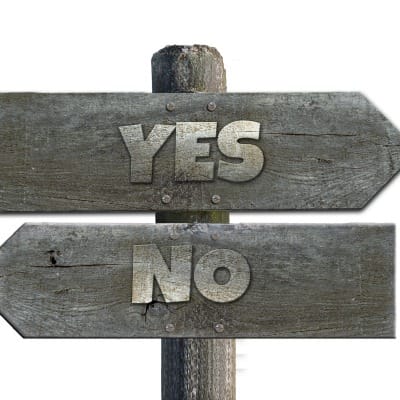 Are you a strict or lenient parent?

Most of the time, there aren’t any issues or problems with our family dynamics because Jon and I communicate about what’s going on. We also have a rule that if our kids ask one of us permission to do something, and are told “no,” they can’t go to the other parent in hopes of getting a different answer.

This works out well.

Recently, Jon and I were taking a lovely walk when his cell phone rang. I automatically perked up when I saw it was one of the kids. I just knew they wanted to do something and expected me to say “no.” This is why they didn’t call my phone. Sure enough, it was our oldest daughter, Zoe, who wanted permission to do something.

If she had called me, I can almost promise I would have said “no.” But, she didn’t call me. She called the more lenient parent. She’s a smart girl.

Later that evening, when we were all together, I couldn’t help but ask her, “Who’s the stricter parent?”

She didn’t hesitate for even a moment, “That’s easy,” she said, “You’re the one who says “no,” Dad’s the one who’s more likely to let us do what we want to do.”

You heard it folks, directly from the mouth of my teenage daughter.

We laughed about this, but it did make me think. I don’t say “no” just to be controlling or hard to get along with. I usually do actually have a reason for whatever decision I make regarding my kids. As I told Zoe, all my decisions come from a place of love. I want what’s best for my daughters. And, I’m absolutely fine being the stricter parent. Someone has to play that role and it might as well be me.

Think about your family dynamics. Are you a strict or lenient parent?