First Impressions – You Can Be Wrong

Even if we aren’t aware we’re judging someone, we are. When you first meet a person, you’re subconsciously formulating an opinion about them. You’re deciding if they’re worth getting to know and if they’re friend worthy. It’s human nature.

I can’t say I haven’t done this.

But, what happens when we’re wrong? When the feelings we get about a person and the option we establish, aren’t actually accurate?

Has this ever happened to you?

I tend to trust my instincts about a person and my initial opinion about someone is almost always accurate. I’ve learned to trust my gut and my instincts. If I meet someone and we have a lot in common, hit it off smashingly well, usually we will stay friends. If however, upon meeting someone for the first time, it feels forced and there isn’t a connection between us, I can bet we aren’t going to be friends. 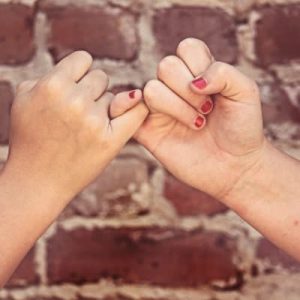 This has worked out pretty well, I have to say.

But here’s the thing: people change. In fact, we all change. The person I was two years ago isn’t the person I am today. And, the person I met two years ago isn’t the same person today either. Someone I thought I wouldn’t have anything in common with in the past might be a person I would enjoy being around now. I’ve changed, they’ve changed, life experiences have made us different people than we originally were when we initially met.

I might be missing out on a friendship with someone because my first impression of that person caused me to decide it just wasn’t a match made in heaven.

I’ve been paying a lot of attention to this lately. Recently, I found myself talking to someone I met years ago. The first time I met her, for whatever reason, I decided we didn’t have anything in common. But, talking to this woman years later, I realized we actually do have a lot in common. I would have missed out on a great friendship if I hadn’t been open to talking to her again. To giving it another shot. I’ve also recognized there are friends in my life today, people who I don’t really have anything in common with except our past, that maybe I don’t want to be around as much.

Nothing stays the same, including us.

Surround yourself with positive people you enjoy being around. Don’t be afraid to meet a new friend or recognize when an old friend isn’t good for you anymore. It’s OK to make changes. It’s OK to spend less time with someone if you find you don’t enjoy being around them anymore. Be open to the possibilities.

I’ve noticed, happily, that people I thought I wouldn’t have a connection with have become some of my favorite people. Don’t get me wrong, I think going with your gut is almost always the way to go. I’m just suggesting that sometimes, the people we once didn’t have anything in common with, might be the exact people we need in our lives today.

Give people a second chance.

What’s the worst that could happen? You might find you still don’t have anything in common with someone, and you haven’t lost anything except the time it took to talk with that person again. You might also realize you’ve changed, they’ve changed, and you have a lot in common now. In fact, you might just find a new friend, all because you were willing to be open and give it a second chance.