I will always remember one weekend in July. It was a couple of years ago, I was going through chemotherapy and spent two days vomiting in the hospital.

It’s not something I ever want to forget. It’s a lesson on gratitude and deep appreciation.

It’s a memory that keeps me grounded and gives me the opportunity to remember a hard time in my life and the many blessings that came from it. It reminds me that difficult times will come and they will pass.

I had received my fourth, and last, round of a horrid concoction the color of red cool-aid, otherwise known as “the red devil.”

It earned the name honestly because it makes you feel like you’ve swallowed the devil. It looks like something that should be mixed with vodka and called an “afternoon delight,” but it’s anything but delightful.

I still have trouble drinking anything red and I’m not sure I ever will again.

While doctors prescribe a plethora of anti-nausea medication and steroids to decrease the side effects of this man made hell, the fourth round pushed me over the edge. I started vomiting several hours after receiving it. After a few hours and conversations with my doctor’s office, to the emergency room we went.

It was me at my lowest…I was wearing my PJ’s and sporting a baseball cap since I was bald. Even though it was July, I was freezing. I had on a ski jacked and thick wool socks. I was holding a large plastic bin to throw up in, with a cup filled with mouthwash and a washcloth to wipe my mouth with. 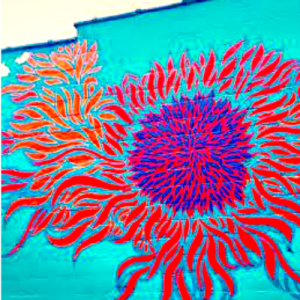 I was the person everyone felt sorry for.

My husband dropped me off at the emergency room entrance and went to park the car. I walked up to the registration desk, put my bin  filled with vomit onto the counter and said I needed help.

The girl working at the desk took one look at me and my bin, and immediately told me to “go stand over there and we’ll get to you as quickly as possible.”

Everyone was staring at me.

I could feel their eyes on me, but I didn’t care. I felt so sick, I just wanted to crawl into a ball on the floor and die. You know when you feel so terrible you just want someone to put you out of your misery? That’s how I felt. In that moment, I was the person everyone felt sorry for.

It was an incredibly humbling moment and one I will never forget. One I don’t want to forget. Ever. A true lesson on gratitude and appreciation.

After receiving drugs for several hours, I was admitted into the hospital. I stayed on the “cancer” floor, a floor you never want to stay on, for two nights. While the care I received was incredible, the stories of the people I met during my stay broke my heart.

I felt horrible but I was one of the lucky ones. I was going to be OK.

Those two days will always be etched in my memory and I think about them every July and also in November.

Although they were very difficult days, I hope I always reflect on that time in my life. There isn’t a lot separating the people on the outside of the hospital from those who are forced to stay in the hospital.

In this season of thanks, I encourage each of you to take the time to count your blessings. Even if your life isn’t going the way you want it to be going, there are always blessings for us to focus on. Find the blessings. Sometimes, you just have to look a little harder to find them, but they’re there.

Don’t take it for granted, ever.

If you enjoyed this post, check out this one: Life Lessons That Will Help You

Don’t forget to read my most recent Huffington Post article: Letting Go Can Be Hard