The holiday season is a special time of the year. From the lights and decorations to beautiful holiday music, there are many festivities to enjoy.

I was at a concert with my husband and we were thrilled to be there. Alone. It doesn’t happen very often and we were almost giddy for getting to the concert and pulling it off.

We were rock stars.

Did I mention we were alone?

“We need to do more of this,” my husband said to me as he grabbed my hand.

I looked around the room and took it all in. 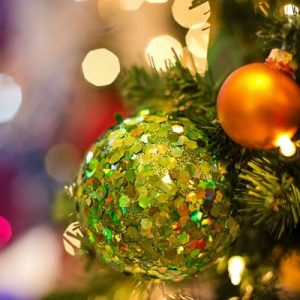 I enjoyed more than the holiday concert.

There was excitement in the air and I could feel the holiday cheer all around me.

I noticed a couple seated in front of us. An older couple, sitting close to each other and holding hands. Every few minutes, they looked at one another and kissed.

That’s when I realized the gentleman had something going on with his health.

He could hardly stand up.

The woman held his arm as he grasped the back of the chair in front of him to support himself. I could see how hard it was for him to stand up. I was afraid he would fall and it was painful to watch. The woman steadied him and kept her hand on his arm as the newcomers moved to their seats. The people who were late to the concert were completely oblivious of the hardship the gentleman went through to allow them into the row.

After the people passed by, the couple sat down in their seats. They smiled at one another and then focused on the concert.

Then it happened again.

More late comers, the need for the couple to stand up again, the difficult strain it was on the gentleman to get up and let the people into the row. Each time, the woman held his arm to steady him. She nodded her head to assure him he was alright.

I don’t know what his health situation is or what he’s dealing with. What I do know, is that it was hard for him each time he needed to get up out of his seat.

But he did. They did it. Together.

Each time, it was a privilege to witness the couple’s deep exchange of love for one another. For over two hours, I not only watched a fabulous concert, but the love between the people sitting in front of me. While the concert was amazing, I found the couple inspiring.

They reminded me how important it is for all of us to be good to the people we love. It’s easy to get caught up in the gift giving of the season. However, don’t forget what really matters is how we treat the people we love. Shower the people in your life with tenderness and don’t take them for granted.

By the way, lets all try to be on time to concerts…

Enjoy this recent Huffington Post article: A Field Trip To The Cemetery With My Kids